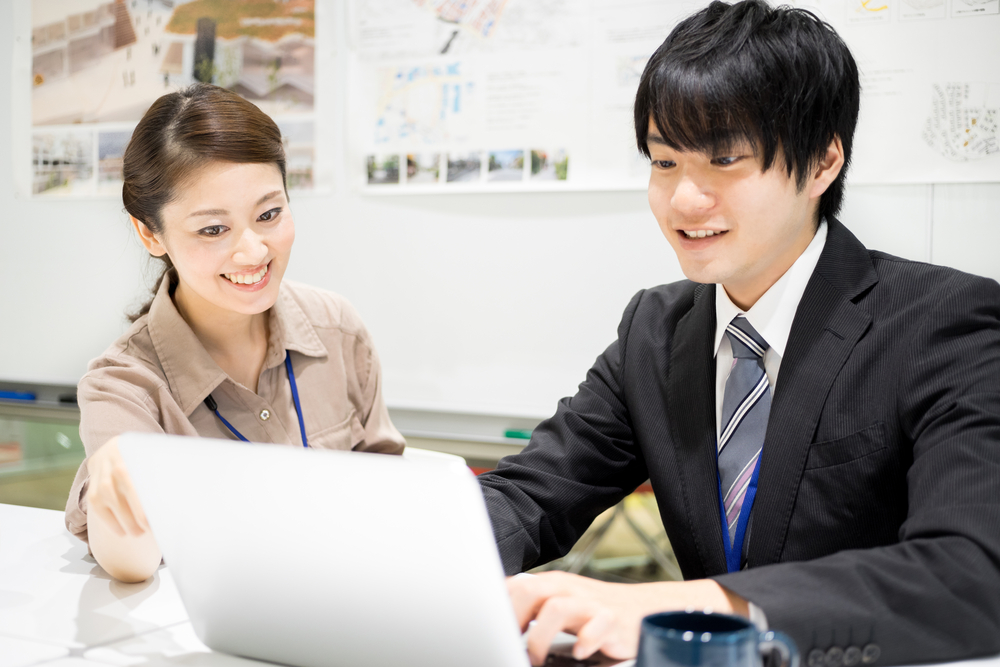 If you hope to be successful when job-hunting in Japan, the key is to understand the goals that companies are hoping to achieve by hiring international students. We will look into the intentions and needs that companies are trying to meet by employing global talent.

Data released by the Ministry of Economy, Trade and Industry shows the top three reasons why Japanese companies hire young global talent. The first of the three reasons international students are reportedly hired is “just as a result of fair selection.” The second is “to enhance diversity in the workplace and revitalize the organization.” The third is “to expand and develop business overseas.” 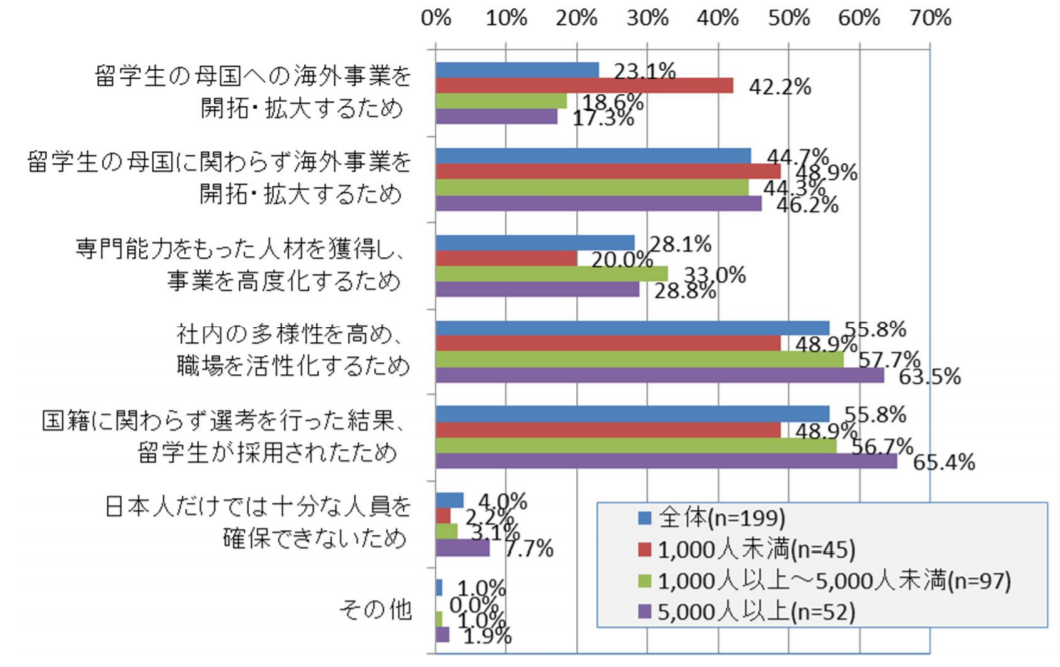 We will have a closer look at each point.

As a result of fair selection.

To enhance diversity in the workplace and revitalize the organization.

Diversity in the workplace has played an essential role in the growth of a company in the international climate of globalization. It is widely recognized that the wider the sense of values and ways of thinking employees have at a company, the more creative and innovative they are likely to be. To utilize this advantage, some corporates are putting a lot of effort into filling their teams with young global talent.

To expand and develop business overseas.

Many Japanese companies, regardless of their size, have been increasingly expanding their business overseas. They expect young global talent with a high level of foreign language abilities to work as a bridge between domestic and overseas clients or partners. It has been becoming common that firms hire Chinese students for their business expansion in China and Vietnamese students for further markets development in Vietnam. Many corporations, however, are also willing to assign international students to overseas business matters even with other countries than the student’s country of origin, as they are regarded as more international-minded than their Japanese counterparts.

The level of Japanese language required for international students

A large number of Japanese enterprises require international students to have at least a certain level of Japanese language ability. What exact level, however, do they need to have in order to be employed at a Japanese company?

Looking at the points mentioned in this article, you can see a lot of companies have in recent years counted on international students mainly for these three reasons; to secure quality human resources, to enhance diversity, to expand and develop business overseas. At the same time, most of these companies expect global talent to have a high level of Japanese abilities.

Even though the above points outline just general tendencies, to be successful when job-hunting in Japan, it is important to deeply understand what intentions and needs companies are trying to meet by employing global talent and to sell yourself on your resume and at interviews in a way that matches their needs. We hope you can use the above data as a reference to investigate further the exact needs and intentions the Japanese firms have that you are applying for.